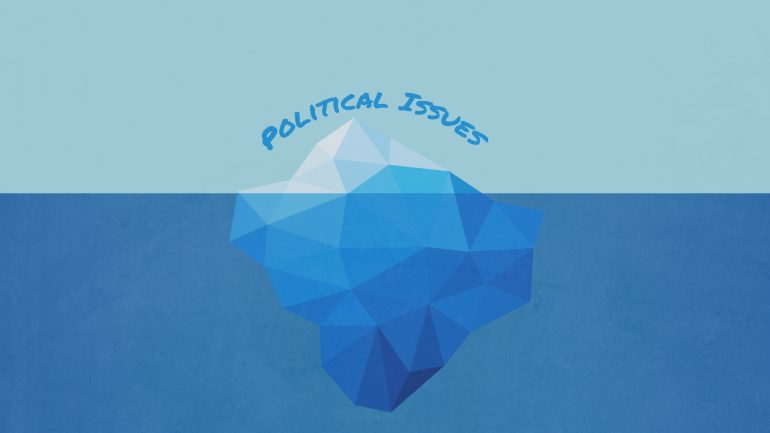 Political Discussions in the Classroom

Facilitating conversations among students is something teachers do all the time. But what happens when discussions become personal? When we begin to talk about politics, it’s easy for emotions to enter and often derail a conversation.

There can be a sense of identity when it comes to our political alignments, so when a young person (or adult for that matter) has part of their identity challenged, things can get ugly. In a time when kids are more aware of the things happening in the country and world, conversations that might only exist in a social studies or government class can now find themselves happening in a math or science classroom.

In this video, we talk to high school teacher Matt Flynn about the methods he uses to navigate politically-charged conversations inside his classroom. After the video, read the essay to learn how another high school teacher,  Megan Sipiorski, purposefully uses charged political discussions in her US Government & Politics classroom to foster active student participation in our democracy.

Old adages have warned us that it is best to avoid discussing religion and politics whenever possible, but my experience teaching sophomore US Government & Politics has taught me otherwise.  In fact, this experience has shown me that conversations about political differences are not only acceptable, but critical in fostering active and skilled participants in our democracy.  It has also shown me that, when given the opportunity, students can rise to the occasion and become the role models that they themselves lack when looking at the current discourse among many of our political leaders.

Undoubtedly my most transformative professional development to date was inheriting Steve Arnold’s Legislative Semester model when I began teaching 10th grade US Government & Politics six years ago.  This curriculum is run as a full semester-long legislative simulation where students serve as legislators attempting to pass bills on any topic in which they believe there needs to be a change in law.  Once written, the bills must first undergo Committee Hearings, where fellow students amend and vote on each piece of legislation.  Surviving bills have the opportunity to move on to Full Session where the entire legislature (sophomore class) has the opportunity to give both prepared and impromptu speeches for and against each bill before the final vote count is tallied and the fate of each bill is revealed.  This process also involves the students declaring their political party and running for/electing several leadership positions (Rules Committee, Speaker of the House, Majority and Minority Leaders).

Challenging political conversations are an essential ingredient at every step in this simulation, all of which are student-led with a constant rotation of students serving as that day’s debate Chair.  This requires a willingness from teachers to relinquish a considerable amount of control over to the students, who consistently rise to the occasion and flourish under the trust and responsibility that they are given.  The concept of civil discourse is introduced early and often as a true pillar on which this course, and our overall democratic process, stands.  Students initially often confuse civil discourse with “compromise” or “agreement.”  I am quick to refute this misconception and emphasize that the success of our discussions and debates will not be measured by a 30-0 vote at the end, but rather everyone leaving the room with a deeper understanding of opposing perspectives and a more nuanced view of the issue as a whole.  After all, how boring would the world be if everyone viewed every topic exactly the same!

In preparation for each bill debate, students are asked to complete a bill analysis worksheet where they must list multiple reasons why someone might both support and oppose the bill.  If students are initially unsure how to complete this task, they are expected to utilize research and/or conversations with classmates.  While on the surface this pre-debate analysis may not seem significant, I believe this lays some of the key foundational work to facilitating a respectful debate.  The value in students arriving to the debate with the acknowledgement that there are justifiable reasons for both supporting and opposing an issue cannot be overlooked when expecting students to keep respect at the forefront of the dialogue.

All of our course debates operate in parliamentary procedure, which students are thrown into headfirst on Day 1 of the semester and pick up surprisingly quickly.  The student serving as Chair calls on anyone wishing to speak for or against the bill being debated, while another student serving as Clerk tracks the timing of each speaker and lets them know when their time has expired.  This helps prevent any one or two students from dominating the conversation, which can often happen in less structured class discussions. We sometimes even hold “class challenges” where a debate cannot move into voting procedure until we have heard from 20 (or fill-in-the-blank amount of) students.  This often leads to students cheering on those who are more hesitant to speak up and ensures that we are considering a variety of opinions before making a final decision on a bill/topic.

Throughout the semester we frequently reference ethos, logos, and pathos as persuasion techniques for students to incorporate into their speaking and writing.  During our end-of-semester reflection process, students often share that they found pathos, the emotional appeal, to be the most powerful of the three.  Here is where the final critical component of facilitating challenging political conversations is revealed.  Students’ ability to share personal, vulnerable stories with classmates creates a level of trust and respect that humanizes each debate and attaches a personal connection to otherwise abstract, controversial issues.

Sometimes these personal stories are shared within the four walls of a single classroom, sometimes they are shared on stage of the school auditorium to 300+ people during our culminating Full Session event.  Because each bill was hand-crafted by the students themselves, these personal connections are naturally entrenched in the topic selections.  Maybe a student chooses the issue of healthcare coverage because their family knows the burden of cancer treatment costs.  Maybe a student crafts a bill requiring a World Religions course for all students because they have faced anti-Semitic harassment at school.  Maybe a student selects immigration reform because they have experienced broken elements of the system firsthand.  When students share a personal passion for an issue, respect for that passion becomes contagious among classmates and humanity always shines through the conversation.  Seeing and respecting the person behind the viewpoint is a key lesson I hope they keep with them always, and a lesson they could teach all of us.

Join the discussion in our private Facebook group, PBS Wisconsin Education Innovators. Not yet a member? Join today.

Megan Sipiorski is currently in her eighth year of teaching high school social studies in the Madison area.  She received a Bachelor’s degree in history and political science at the University of Wisconsin-Madison before pursuing a Master’s of Education in Curriculum Design from Marquette University.